Completely by chance I came across an article in Creative Week Magazine about The Media Whore. It had been some months since I had sent copies out to various publications with the only bit of press coverage coming from a small piece in Design Week. I had never heard of Creative Week – it seemed like someone had put the Design Week and Creative Review titles together almost as a bit of a joke. It’s actually quite an interesting publication that is given away free.

In the article a journalist had scooped up a whole load of independent publications which were for sale at Rough Trade in Covent Garden to review. One of them was mine which they described thus: 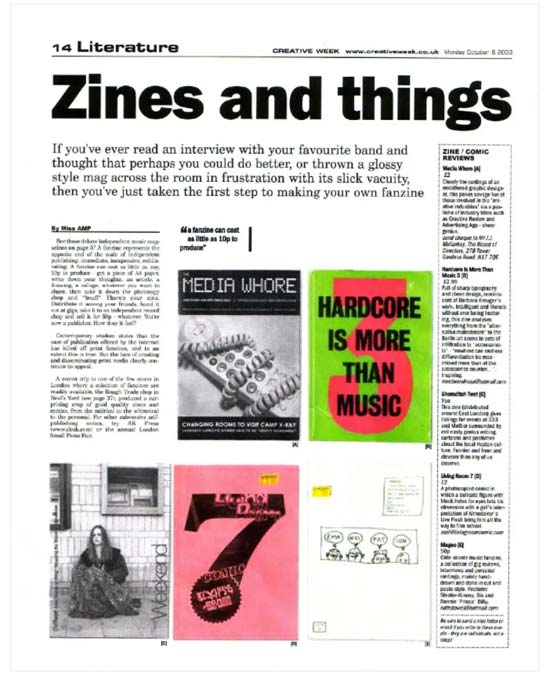 Media Whore (£2)
Clearly the work of an embittered graphic designer, this pokes savage fun at those involved in the ‘creative industries’ via a pastiche of industry titles such as Creative Review and Advertising Age – sheer genius.
Send cheque to Mr JJ Mullarkey… (address blah, blah etc)

Pretty happy with that to be honest.