The answer to this question seems to be no. 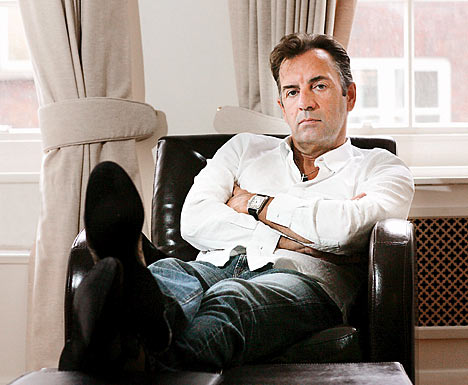 Sadly, I have been forced to pull out of the London Marathon on the 26th April. I have had an Achilles tendon injury since mid February which I just haven’t been able sort out.

I’ve been receiving treatment from a physiotherapist for several weeks and the pain in the tendon has decreased significantly. The problem is that the pain comes back if I attempt to wear any shoes other than my running shoes. I tried a run 10 miles (16km) on the 31st March but I only managed about 5 (8km) before I was getting shooting pains up my left leg. These come and go but I don’t want to risk doing any permanent damage to the tendon as it tends to be very useful for walking and standing.

I’ve been having dreams of that famous pitch in Dragons’ Den when smug face Scot (despite the insult I have a funny love hate relationship with him) Duncan Bannatyne interrupts before the guy has had a chance to properly speak and says “It’s a stupid idea. Just so you know I’m out”. The guy then continues with his pitch and it becomes obvious to all that his product is actually pretty good and the other dragons have a bit of a bun fight over it. All except clumsy Dunc who is left with a rather less smug look as it’s clear he has been a bit presumptuous. In my dream the “I’m out” spoken in his Scottish accent keeps ringing in my ears but the pain comes and goes which is a useful reminder that I’ve made the right decision.

Good news is that NSPCC have very kindly agreed to defer my place until 2010 so I get another shot at showing everyone the good stuff.

The other good news is that I will be able to eat more cake and drink more booze.