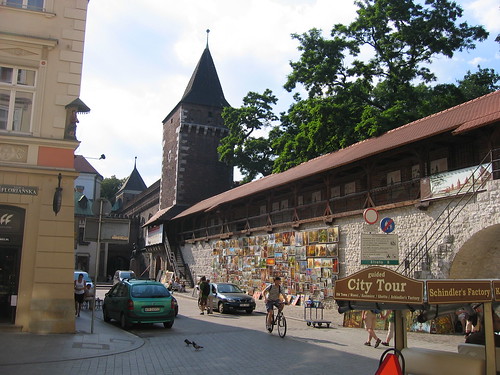 The first leg of my Poland and Ukraine trip was Krakow. I was lucky enough to have some stunning weather which was in stark contrast to the weather in the UK which was generally mostly pissing rain. I tried to set up somewhere to to stay through Couchsurfing but most people used the excuse of being students who had left town for the summer. Most hostels were around £10 a night so I thought that it didn’t seem to matter too much. In the end I stayed in Flamingo Hostel just off the main square which I would thoroughly recommend. 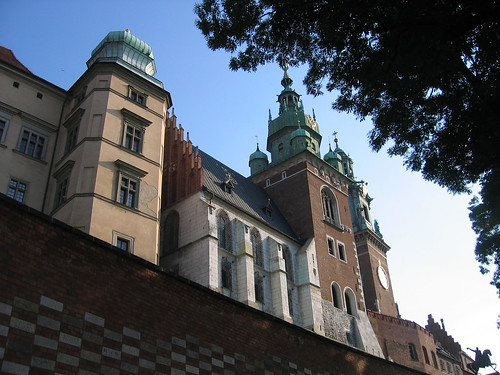 There is quite a lot to see in Krakow including a number of fine churches and synagogues. The city is overlooked by Wawel Castle a symbol of the city. Pope John Paul II was Bishop of Krakow and there is a statue of him near Wawel Cathedral. I spent some time browsing some of the Pope related memorabilia on offer in the hope that I might track down a remote control Popemobile. Every time I asked locals about such a souvenir they looked at me as if I was crazy but if you can buy a Osama Bin Laden and George W. Bush chasing each other around a circular train track I don’t see why I can’t buy a toy popemobile! 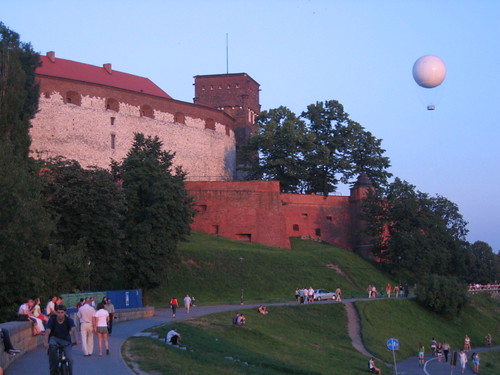 Krakow is only a few kilometres from O?wi?cim where the complex of Auschwitz concentration camps can be found. Daily tours run there from Krakow twice a day and take approximately six hours all in. There are also day trips to the Wieliczka Salt Mines from Krakow. 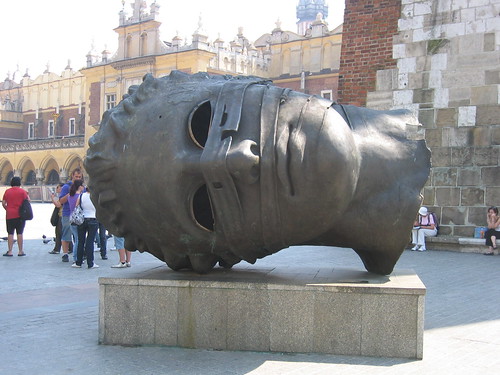 The main Jewish quarter of Kazimierz is well worth a visit as there is a host of interesting Synagogues and eatery’s and the famous cultural festival in the summer which I managed to just miss by a couple of days. I have heard rumours that they pay actors to dress up as orthodox Jews for the tourists but I never did find out if that was true or not.