Earlier in the year I got crocked training for the London Marathon. After months of problems with my Achilles tendon, heel and various other niggling injuries I have been slowly getting back into the swing of things and have been tentatively training again.

I’m lucky that I still have a place in the London Marathon for 2010 and this time around I’m much more motivated after missing the boat. A friend who lives in Twickenham suggested I have a go at her local run the Cabbage Patch 10 named after a local pub called The Cabbage Patch. The 10 mile (16km) run starts and finishes in Twickenham and loops around Kingston and Richmond crossing the Thames twice. 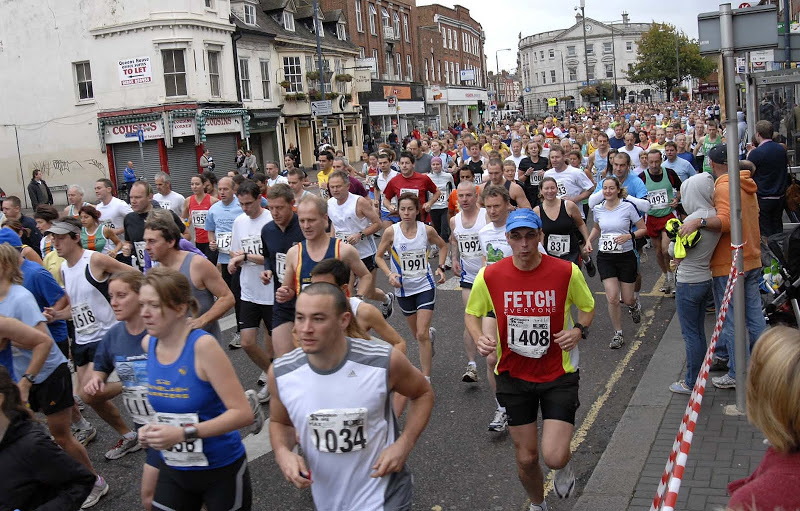 My ‘training’ these days involves a jog at the weekend with a couple of Pilates sessions during the week so I really wasn’t sure how things were going to pan out. After the first 3 miles I could see that I was running just over 8 minute miles and a bit of basic brain maths told me I was looking at a time of between 1 hour 23 minutes to 1 hour 25 minutes. I was fairly comfortable and thought that was a reasonably respectable time so I just decided to keep going as I was.

I recorded a time of 1:23:09 which I am pretty happy with. It does look as though I’m capable of going under 4 hours for the London Marathon which gives me something to aim for over the winter. The only down side is getting beaten by my friend by around 30 seconds – and she has been going on and on about it ever since! Somehow she got past me even though I was convinced I was miles ahead. Hopefully there will be a rematch at some stage…