I was browsing through Dave Schneider’s new website and noticed he had written a page summing up his life as a playlist of his favourite tunes. Dave Schneider is a star of some of my favourite comedy shows including The Day Today and The Friday Night Armistice and I’m Alan Partridge. As it’s soon to be my birthday I thought it seemed a good idea to sum up my life in music. Unlike Dave I make no apologies if it bores anyone – it should be fairly easy to skim read or skip ahead and it’s my birthday so I don’t care anyway.

The first piece of music I ever remember was the theme tune to the low budget kids show Button Moon. Indeed, as a very small child my sister recorded me singing this song on an old tape recorder but getting the lyrics slightly wrong and singing “Button Doon”. This tape is no doubt being kept in reserve somewhere for a rainy day when it can be wheeled out to cause me maximum embarrassment. 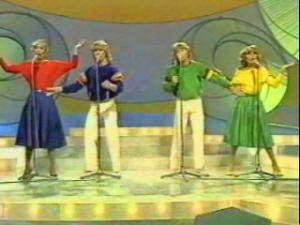 Apart from TV music the first music I ever remember was the Bucks Fizz Eurovision entry Making Your Mind Up. My strict catholic mother considered the bit where the dresses get ripped off to reveal skimpy mini skirts to be verging on hardcore pornography and so banned us from watching it. This only made me want to see Cheryl Baker’s forbidden dance even more. Even back then I still thought the song itself was pretty lame.

Of all the musicals I have been subjected to Joseph and his Amazing Techniwotsit remains the one I will always remember. My mum used to like to play the whole tape at deafening volume when she was cooking and because I have heard it so many times I can unfortunately remember all of the lyrics. Any Dream will Do is even more nauseating now then it was back then as I have since become aware of the creature that made it. 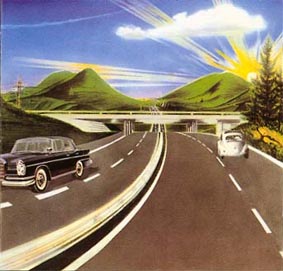 When I was about 10 I remember my brother playing Autobahn by Kraftwerk. I was absolutely spellbound by it. It seemed so fresh (despite being pretty old) and weird especially as it had some pretty powerful analogue synths on show and went on for a monumental 22 minutes. Hearing Autobahn made me want to hear more electronic music and anything else which sounded weird or different which I could get my hands on. After discovering Kraftwerk I also started listening to other electronic pioneers including The Human League. Their first two albums were much darker than you might expect, The Path of Least Resistance being a good example of this.

The first record I ever bought was a 7″ of KLF – What Time is Love which I bought from Woolworths when I was 11 for £1.97. I really loved KLF who had some good tunes but also could be really creative and humorous. Altern 8 were another favourite of mine and their single Evapor 8 was the second record I bought.  Around this time I was regularly watching Dance Energy House Party (a show that not many people seem to remember sadly) hosted by Normski. I was also a big fan of 808 State (Donkey Doctor) who had recorded the theme music to the Channel 4 TV show The Word.

When I first went to secondary school I worked on a school project about the environment. Unleaded petrol was the latest thing but it unfortunately contained Benzine which they forgot to tell anyone about. With the help of two of my brothers I made a tape about this with Simple Minds – Theme for Great Cities in the background. This tape is probably being kept with the Button Moon one somewhere for the right moment.

During my early years of secondary school I started to get into all sorts of things including U2. I really liked Achtung Baby and especially The Fly. I even thought Bono was cool back then (true story) and really wanted a pair of those funny sunglasses although if I had worn them around town at that age I would undoubtedly have been beaten senseless by local marauding thugs. 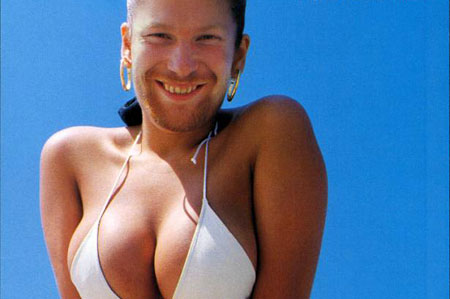 The early to mid nineties was an incredible time for music. In my opinion things haven’t been the same since 1997. Back then their seemed to be a much greater need to innovate and be different which seems to have disappeared these days. This could just be me getting old mind you! Aphex Twin blew me away with his Didgeridoo EP and I also played the first two Orbital albums religiously – my favourite was Monday from the second album.

Around that time my favourite record label was Warp Records. The Artificial Intelligence series of albums were fantastic and I couldn’t wait for the next one to come out. I really liked LFO especially Simon from Sydney. Two other tunes came out on Warp around the same time which I played constantly by Laurent Garnier (Breathless) and Resoraz (Art of Time). I’m sad to say I don’t really like Warp (Maximo Park – nuff said) much any more. They ditched many of my favourite artists including Jimi Tenor (Outta Space) and the only act left I rate is Boards of Canada (Aquarius).

I have always liked Bjork – she’s always had a really great understanding of music and has brought something a bit different into the mainstream. I’ve always thought Madonna was a poor mans Bjork (Madge always tries to be cutting edge but never really manages it). I especially like Homogenic (Five Years is great) coincidentally produced with Mark Bell from the aforementioned LFO. 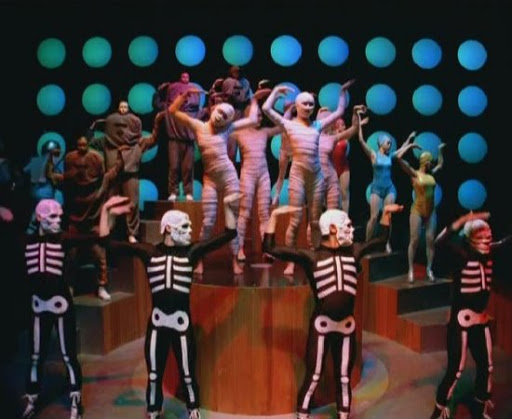 University was probably when I was most into music as I had plenty of time and I was living in Nottingham which had quite a big music scene. Around this time I started getting heavily into Detroit Techno especially Juan Atkins (Model 500 – I Wanna be There), Kevin Saunderson (E-Dancer – World of Deep), Carl Craig (Science Fiction) and Stacey Pullen (Silent Phase – Body Rock). I also remember getting heavily into Daft Punk at University having been largely dismissive (wrongly) of them up until then. Around the World is an amazing tune with an amazing video by an amazing director.

After University I started to listen to lots of different things including some classical artists like Philip Glass and Balanescu Quartet. Everybody raved about Steve Reich’s Music for 18 musicians album but I was always much more interested in Music for Mallet Instruments, Voices and Organ. I was also listening to a lot of old David Bowie stuff (Life on Mars) around that time.

I must confess that around 2001-3 I bought a lot of (what became known as) Electroclash records. I feel a bit embarrassed about it now for some reason!? It was DJ Hell who apparently came up with the phrase Electroclash. I was a big fan of his International Deejay Gigolo label and loved his Giorgio Moroder influenced album Munich Machine with my favourite track being For Your Love. Miss Kittin and The Hacker were also great and I still think that Frank Sinatra is pretty hilarious.

I was never that big on rock but Eye of the Tiger remains my training anthem to this day. There is something about it which can give me that extra push whenever I hear it. I can picture Stallone stuck in a barn in Siberia bench pressing an anvil – this tune is reserved for proper tough guys. 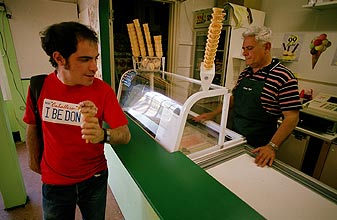 One artist who has really made a huge impression on me over the last few years is Max Tundra. I’ve generally become a bit disillusioned with music as it seems to me that most people are happy just knocking out the same old tired ideas again and again. This guy doesn’t though. Most of his tunes are wildly eclectic and combine several different styles at the same time. I’ve seen him play live many times and I believe Which Song from his album Parallax Error Beheads You to be a true anthem.

The last album I bought (but the first for some years) was Bird Brains by tUnE-yArDs. It’s pretty low tech and I had problems describing what it was like to the guy in the music shop – a sure sign that I’m on to something good. It’s a lady who recorded everything herself (mostly drums, ukulele and her great voice) into a Sony Voice Recorder microphone at home. My favourite track is called Fiya.

So there you have it 30 tunes for 30 years. I have a playlist up on Last.fm and hope to put a play list up on Spotify just as soon as I can gain access!