The first ever Cobble Monster took place on the 11th April 2010. Titled as “An urban cycling adventure” it pays homage to the cobbled one day pro cycling race Paris-Roubaix, where riders race across brutal sections of cobble stones in Northern France.

In much the same way the riders in the Cobble Monster ride across many of the London’s cobbled streets over a 38 mile course. Starting and finishing in Crystal Palace, the ride takes in Covent Garden before zigzagging through the east end including Clerkenwell and Hoxton before taking on the infamous “South London Alps” on the way home. On returning to The Alma Pub the riders can then watch Paris-Roubaix on a big screen over a few beers with a generous selection of cycling goodies raffled off for good measure. 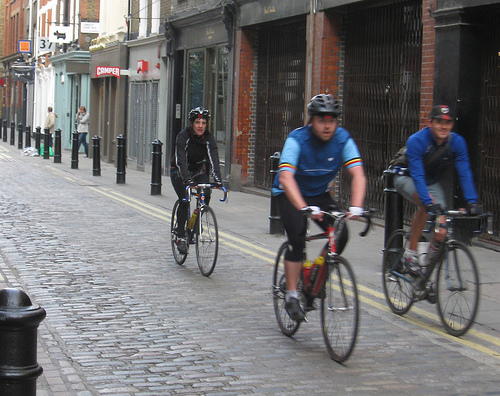 The whole thing was the brain child of “our kid” (I’m unashamedly proud of this fact) with some of his buddies from Brixton Cycles Cycling Club. With generous support from Brixton Cycles Co-op and the Flemish Representation in the UK amongst others they made a discussion over a few beers into a reality. It took a hell of a lot of hard work and research just to plan the route and then there were so many other things which had to be done to organise a ride for 200 people. A number of people volunteered to help make it a reality with all the profits raised being donated to Evelina Children’s Hospital. In the end the event itself raised £3401.07. 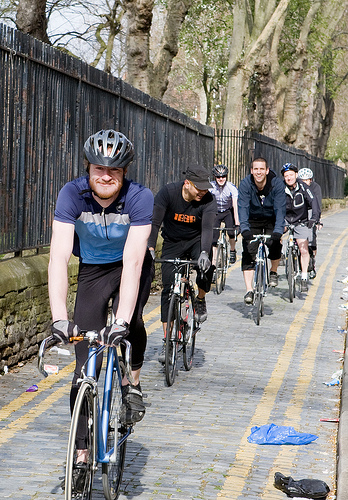 One of the main aims of the event was to involve as many different types of cyclists as possible. The tough nut roadies were there in lycra but so were people riding fixed gear bikes, commuters, people on folding bikes and even a recumbent! One of the best things was to see so many people who rarely cycle dust of their bikes and get involved for the day. 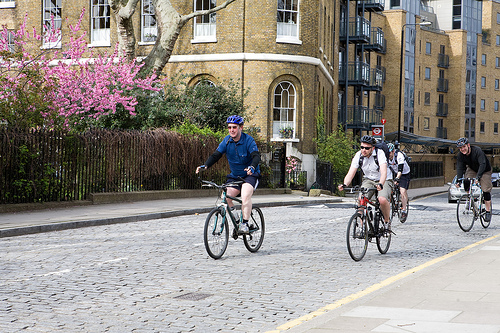 Due to my intense marathon training I wasn’t able to take part but I hope to next year. The organisers intend to change the route around to keep things fresh for 2011. I think this event has added loads to cycling in London – I can’t think of many cycling events in London with such wide appeal which is run to raise money for a worthy cause. 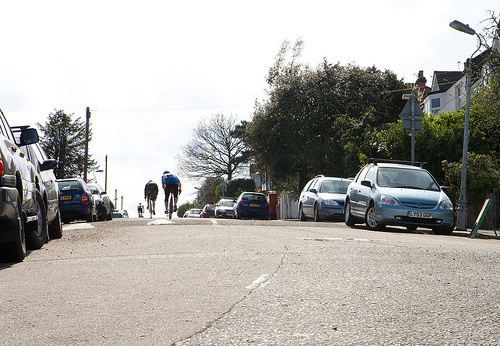 On the day I myself was assisting a film crew from Carwell Casswell who were making a promo about the ride (more later about that) as well as Louise Heywood-Shiefer who was the official event photographer. This mostly involved fetching cups of tea and coffee while the creative people got on with their jobs!