As Halloween is nearly upon us once again I thought I would take a moment to mention some of the changes I recently made to the Halloween London website. For those not familiar with this site it started a few years back as a place to show pictures from an annual Halloween bash that I host along with two of my chums. The first Halloween party was in 2003 and it has  grown in size to its current “cult” following. I’ve never been sure how you get cult status but I’ve decided this party has it in spades. I’ve put a shot of how the site used to look below. 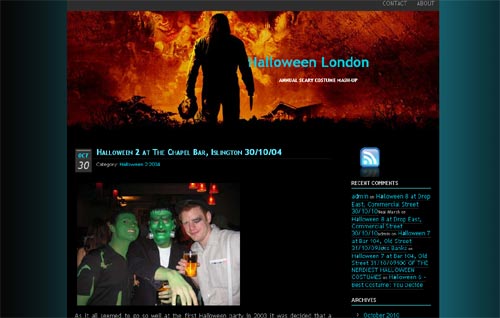 Last year this site went through the roof for visitors during October in the build up to Halloween but generally visitor numbers the rest of the year are quite modest. My thinking was that costume events happen across the whole year and so I thought I would make more of the different costumes which crop up year on year by adding extra pages for the costumes. Hopefully this would make for more consistent visitor numbers. I also wanted to give the site a different feel to make it a bit less “bloggy” with some horizontal navigation bars to make it easier for people to get find what they want. I added an exploding picture of the Palace of Westminster (sometimes known as Big Ben) in the header to give it a bit more of a London feel, just in case the name of the site isn’t obvious enough!

It’s still very much evolving but we now have a far greater number of pages which will hopefully make the site far more sticky. It’s a bit early to judge the stats just yet but the October unique visits meltdown which happened last year is happening again (though not quite as huge a number of visitors as last time) so there is still a lot of interest. 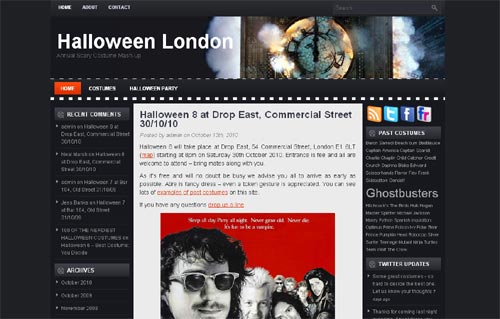 The other side of having a page for each costume was to encourage people who attend to take their own pictures and forward them to us for inclusion therefore taking a bit of pressure off us to make sure we have photos of everyone and making it a bit more inclusive. If you look at the pictures you will see the amazing amount of effort and enthusiasm people put into it and it seems like the least we can do is capture that.