As part of my preparation for the ITU Triathlon in Hyde Park this August I took part in the London Fields Aquathlon.

An aquathlon is basically a swim and a run, in this case a 400m swim in London Fields Lido followed by a 5km run around London Fields itself. The event was organised by the friendly London Fields Triathlon Club. 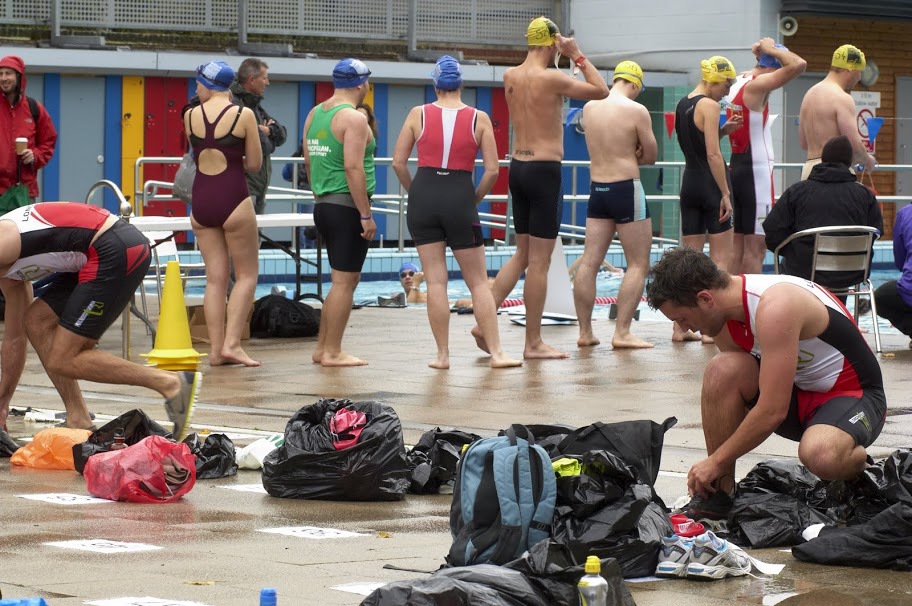 I estimated my swim time to be 11 minutes which gave me with a modest ranking (the people with the fastest predicted times head off first) of 101 out of 116. As each competitor set off 20 seconds apart I realised I would be waiting half an hour before I could start. Many people had finished the event before I even got into the water!

Despite my recent work to improve my swimming I still think I have a long way to go before I’m any good. I can certainly swim a lot better than I did here as I think a combination of nerves and an early start made the swim feel quite tough. In practice I have been swimming under 10 minutes for 400m but that was in a 25m pool with the advantage of the push off the side much more regularly than this 50m lido. I made up a lot of time on the run to finish 81st. I can certainly run faster but I’ve got a lot of work to do before August.

The winner Danny Russell clocked an impressive 22:29 including an incredibly fast 15:40 for the 5km run. Former World Triathlon Champion and Great Britain No.1 Alistair Brownlee has a known PB for 5km of 15:30 which gives you some idea of how fast Danny was going.

The event was really well organised and I have to pay tribute to LFTC for keeping the costs down. Many events are prohibitively expensive which is one of the reasons I stopped doing Triathlons a few years back. Entry for an adult was £12 and by not issuing swimming hats or bad t-shirts (with sponsors logos all over them that nobody wants) they kept it nice and cheap.