This was my second pool based Aquathlon this year after London Fields Aquathlon in April. It took place in Morden and was organised by Kingfisher Triathletes. It was the 10th running of the event formerly known as Morden 6n6. The fact that this event has been going for so long was reflected in the quality of the people taking part and generally I thought the standard of participant was very high. 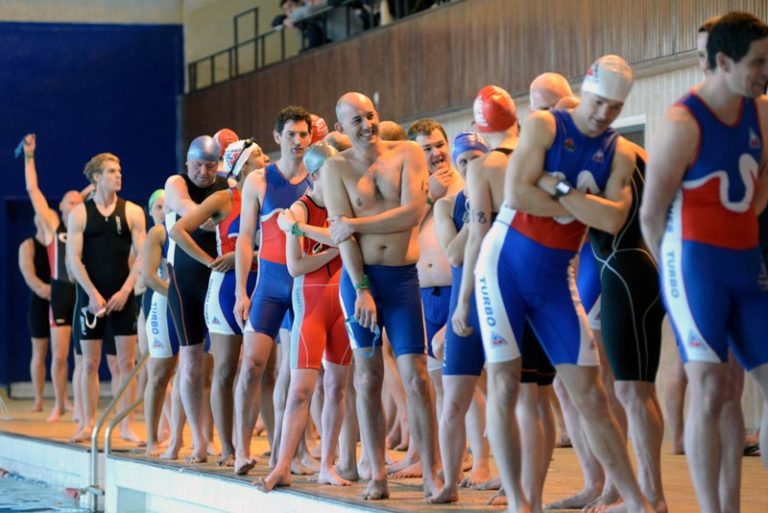 I thought I my swim was even worse than at London Fields. I find it very difficult to start cold as I’m used to swimming a few hundred metres as a warm up. My plan now is to start a training session with a decent effort and no warm up. There won’t be much time to warm up in the Serpentine in August so it’s better to try and get used to that now.

Note to self: understand the difference between 6 miles and 6km. After finishing the run in 48 minutes I couldn’t understand what went wrong until I figured it out later. The run took place in the adjacent park and was running mostly through woodland which I didn’t really like as I couldn’t tell where I was most of the time. The marshals all had lists of entrants and were shouting our names in encouragement as we came past which was a nice touch.

The winner covered the 400m swim and 6 mile run in 36:53 which gives you an idea of how insanely good some of these people are. It’s quite a good early season event and I would definitely think about taking part again.