Recently I noticed a friend had posted Speedy J – De-Orbit on to his Facebook profile and was waxing lyrical about what a classic piece of early 90s nostalgia it was and all that jazz. I couldn’t agree more but I was a little surprised as I didn’t think it would be his sort of thing.

I noticed that the YouTube video he posted was said classic played at the faster 45rpm and being referred to as a ‘pirate classic’ as LTJ Bukem apparently used to play it at raves in 1992 at that speed. Most of the comments below the video refer to buying the Ginger album on Warp Records and so presumably listening to it a 33rpm. Personally I think this is crazy and having listened to the original so many times I think it sounds pretty silly at the faster speed.

Make your own mind up as I’ve included both versions below including the ‘chipmunk’ 45rpm one. 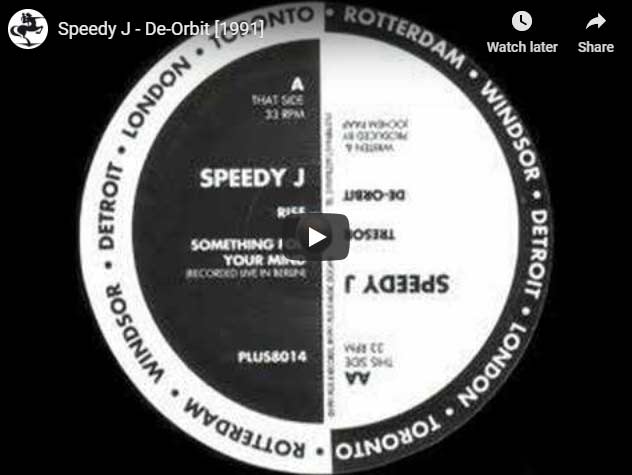 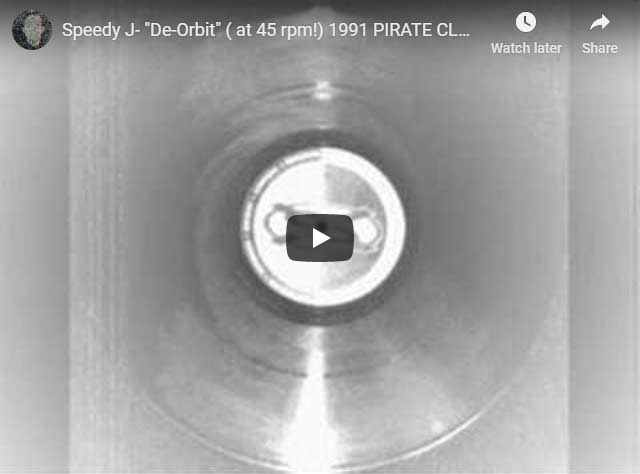