As a build up to ITU Triathlon in London I chose this sprint distance triathlon as a warm up. The race is part of a series organised by the excellent Team Outrageous at Leybourne Lake very near to where I grew up in Kent. Although I’ve taken part in a few duathlons and aquathlons recently this is the first Triathlon I had taken part in since 2006. 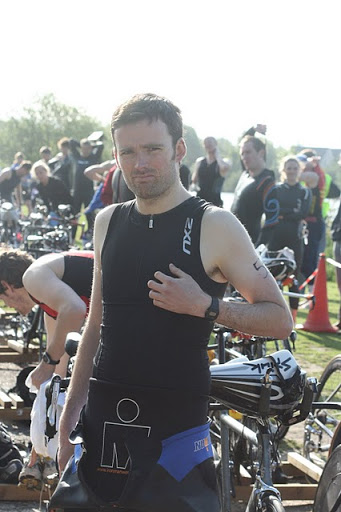 It doesn’t matter how many times you take part in a mass start swim you still get nervous. The swim itself was a ‘triangle’ around the Lake. Many people in front of me didn’t seem able to sight properly and were swimming in zig-zags which made it a bit disorientating but I quickly focused on the buoys so I could swim in a (fairly) straight line.

The bike course was on a dual carriageway early on Saturday morning, but there was still a fair bit of traffic coming past at high speed. You can feel the extra momentum you get when a lorry comes past but I also find it pretty terrifying. With that and the very bumpy road surface I didn’t feel confident to get in to the tuck position on the tri-bars. I should go faster on the Hyde Park course as it will be much flatter. 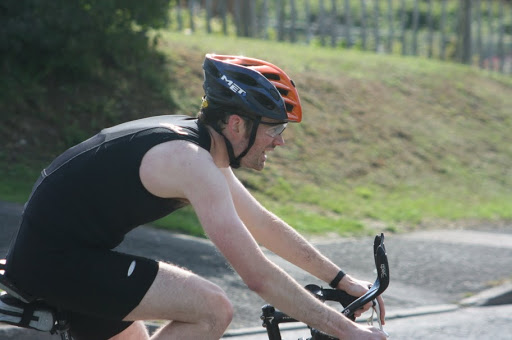 On the run I linked up with a chap who suggested we run together. This worked out pretty well for me as he was faster and really pushed me. It turned out that he was a P.E. teacher at my old secondary school. I can’t imagine running 5km with one of my old teachers from back in the day who were very much P.E. in your pants sorts.

Overall I considered my performance to be very much ‘par’ and I still have a few weeks to improve before the Hyde Park race.