In recent weeks since Bridge to Bridge I’ve been working a lot on my freestyle head position. The two main things I’ve been trying to do are:

Get the head at the right level in the water

Back in June when I was practicising on holiday I got someone to film me and  it’s clear there is a lot of my bonce sticking out of the water. Having the head high in the water can cause your hips to lower in the water and create drag.

A lower tucked in head position is going to reduce drag and give me a more streamlined shape in the water and should make me faster.

This video (below) from Gary Hall Sr shows swimming with different head positions and what this does to body alignment. 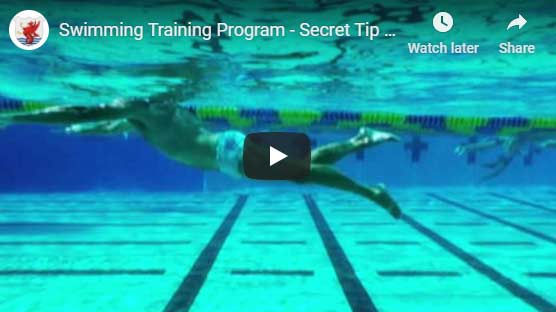 The second part of the video shows underwater shots of some top open water swimmers. Despite all using different stroke techniques they all share a common very effective head position with the chin tucked in.

In open water you do need to look up to sight but also in the pool you might need to look forward to avoid crashing in to people. It’s important to get the transition from the ‘look up’ position back to the normal head position right so that you limit drag. 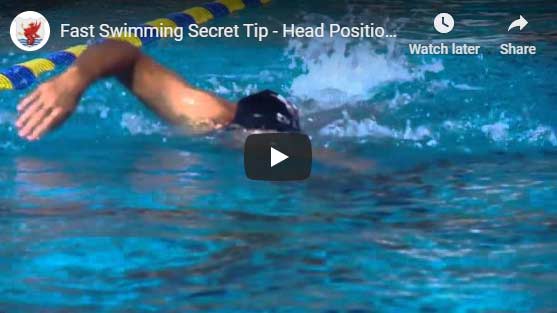 The other problem I’ve been having is with my head moving around too much. There is a bit of a side to side wobble going on which I had no idea I was doing. I’ve been working hard to keep my head as still as possible. I’ve been swimming using a snorkel but also cutting down my breaths when practising so I there is less need to move my head.

I saw this video (below) on Goswim.tv which showed some interesting drills for keeping your head still. Members of the Aquajets Club in Minnesota stick hand paddles to their heads. If you keep your head in the right position the paddle should stay in place even when you breathe.

I’ve tried this and it works although I was using TYR Catalyst medium paddles which are quite big and they are using tiny ones in the video so maybe I might be cheating?! 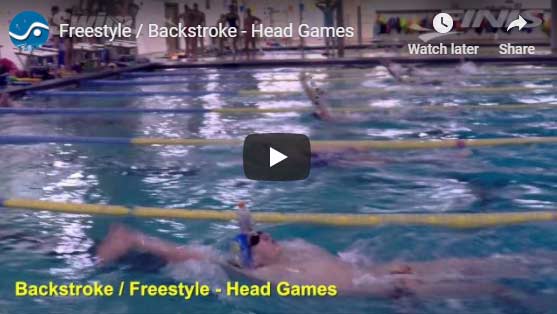