Would a soon to be pensioner be able to start a career as a web developer so late in life and would they be taken seriously by their peers and clients?

This is the question on my mind one night when I found a thread on Quora from a man saying he was 60 and wanting to learn coding skills good enough to make a living.

Having recently visited the London office of a digital agency it got me thinking about where all the older staff were. The room was a Shoreditch millennial deluge peppered by splatterings of Just for Men 40 somethings with their shirt top button (sometimes two) undone to try and look a bit more yoof*. That was the upper age limit though.

Seeing this thread prompted me to think more deeply about the relationship between age and the tech industry and the work environment in general. Views on this from Silicon Valley are easier to track than the UK but that doesn’t make this a California only issue.

When looking down the initial thread and other similar ones there is some encouragement for our 60 year old would be programmer. Many responders point to people working remotely and never even meeting clients – “nobody cares how old you are once you’ve proven your craft”.

The value placed on measurable coding knowledge could become an equalising factor in recruitment. You can demonstrate what you can do and build a portfolio of work to impress potential employers. 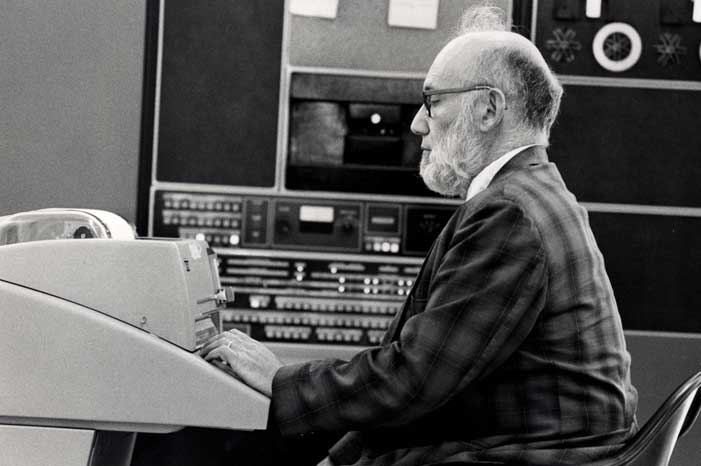 Many people also point to other parts of the tech industry; technical writing or product management for example, where our 60 year old might already have a strong transferable skills and experience which could help them get a job. Combining this further with some coding knowledge could be and powerful mix.

Web development skills can be improved at minimal cost and in your own time meaning if our 60 year old is willing to get stuck in they could build their skills up and maybe even gain some experience from some unpaid work.

There are some notable examples. Jakob Nielsen is currently 59 and Mark Watson who seems to be a bit of a programming bad ass, is 66. There are probably others.

From chatting to peers I was able to find some people over 50s working in digital agencies in the UK who were generally on the infrastructure side of things.

You’ve got no chance gramps

Although there is plenty of encouragement for our hero the consensus is actually pretty gloomy. “To learn? Yes. To make a living at it? Probably not” There are a lots of reasons given and age bias being the major one. As soon as they walk through the door the judgement will extend beyond the quality of their keystrokes.

Having left it “a bit late” is another common reason given. It’s always difficult to break into an already crowded marketplace.

You don’t have to go far online to find how many people view old people and how they use computers and the web as this gif illustrates.

Do a few google image searches for ‘web developers meetings’ ‘web team meetings’ and ‘web company meetings’ you will see a lot of the following:

Amongst all the things you won’t see a lot of:

If you are 60+ would you find those Google image searches encouraging for breaking into the business? If you’re not seeing pictures of people who look like you wouldn’t you find it off putting?

One of the strongest biases measured by the Project implicit website is around age with 80% of Americans tested exhibiting strong young = good, old = bad associations.

In the world there are people of different genders, races, sexuality, religious beliefs every single one of us is getting older all the time. You would think this would be a unifying factor. Research shows even older adults express a preference for the young.

We don’t have to look far to see a media dominated by youth, an increasing acceptance of plastic surgery and the focus of the cosmetic, health and lifestyle industries all trying to make us look or feel young for as long as possible. The mental and physical frailty and deterioration associated with getting older play a part in this bias.

People don’t like being reminded of their own mortality. Older people remind the younger ones of the inescapable truth.

We all have a shelf life

Part of my interest in all this is of course self serving. As someone who has been working in the digital biz for some years I’m wondering if there’s a point where I’m not considered an ideal employee because I’ll be too old.

The UK population is getting older because we are living longer. Births are outstripping deaths. The pension and public services pot will not be big enough to cover everyone so we will have to work for longer. As it stands I will be working until I’m 68 but it seems likely I will have to go on longer than that.

In theory, that’s fine by me. I like working. It gives me a sense of purpose. But allied to this we’ve seen that employment options are greatly reduced after 50. So it’s all very well telling us to work for longer but there are only so many jobs at B&Q and Marks and Spencers to go round.

Rather than wait for 30 years for this to hopefully sort itself out I’d rather have a more inclusive attitude to older colleagues now.

I’d like to see more organisations anonymise CVs before they are screened for jobs. When looking at CVs do you really need to know the candidates name, address and gender? By removing the years the candidate was at school or university it’s far more difficult to judge their age which is also something you don’t need to know. It would be a start at least.