I wanted to write to you about my recent decision to delete my Facebook account. As you know there has been a lot of controversy around Facebook recently, on multiple fronts, but my reasons are possibly slightly different than many others who have become involved in the #DeleteFacebook campaign.

It’s clear that some people have left Facebook for various reasons. As active users are such an important metric for your shareholders I’m sure this has been of some concern. Some people have left because of your involvement in the Cambridge Analytica scandal, some because of alleged interference in various national elections and referendums and some more generally because of your apparent commitment to surveillance capitalism.

Trust is an issue

Needless to say, that trust is pretty valuable for people and companies. I don’t know you so it would be weird to say I don’t trust you as a person. But without that personal connection, I had hoped that Facebook might be a brand I could trust at least a bit.

Since I joined Facebook in 2009 I’ve seen you look for ways to make money from the platform. You’re full on with the ads now. Fair enough. But you don’t seem to have any other ideas for making money from Facebook other than data pimping. You claim to be really upfront about how you work but your massive list of apologies over the last decade seems to suggest otherwise.

You went public as well so now you have loads of shareholders breathing down your neck for unending growth and a quick return but you still have the controlling stake in the company so it’s not like anyone can force you to jump the shark if you don’t want to.

From what I can tell many of your top executives are personal friends and have certainly worked for you for a long time, so I guess that trust must be important to you and I’m sure part of your success.

Overall though it seems to me that these are your aims with Facebook:

That’s poor. It wouldn’t get me out of bed every day no matter how much money was involved.

After giving restrained talk after talk after talk about @facebook to promote my book, I finally broke down tonight. I can’t understand how Facebook execs can justify embedding their staff in Trump’s campaign, KNOWING he would brutalize immigrants.

Getting some poor unsuspecting saps to let slip something about themselves so a MegaCorp can trick them into buying some junk or blast them with some made up guff to make them vote a particular way wouldn’t be in my five-year plan.

On top of that, you seem pretty keen on paying as little tax as you can get away with, applying for patents on ideas that only an arch supervillain could conceive and sometimes using expensive lawyers to fight against national and international laws.

Facebook filed to patent a system that can remotely activate the mic on someone’s phone using inaudible signals broadcast via a television.

“The technology in this patent has not been included in any of our products, and never will be.” – Facebook

So yeah, there’s all that but my real reason for leaving is…

The reason I’ve killed off my account is because Facebook is just so darn boring. I just can’t be arsed with it anymore.

Most of my friends don’t bother using Facebook but won’t leave because they feel like they can’t.

The people who seemed to update Facebook are people I wasn’t that close to, a friend of friends, a work colleague from six jobs ago and a drunk bloke I vaguely met at a Halloween party in 2006, to name but three.

I can’t honestly say I give a monkey’s when these ‘friends’ check into the local hospital without explanation, probing for “you alright hun?” type comments or take a photo of a pint and wine glass when they have “Thursday night out with the Mrs – good times!” So what? 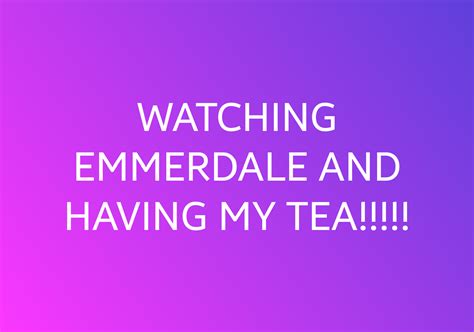 My feed also got overrun with advertising guff which despite all your brainiacs and expensive algorithms that nobody seems to understand, were wholly irrelevant to me. Isn’t that the whole point of knowing my inside leg measurement and what I had for breakfast so that you can serve me with unwanted but relevant ads?

Earlier this year you announced changes to the news feed to promote “meaningful interactions”. I suspect your real motivation is improving engagement and encouraging a younger generation that just isn’t feeling it. You flooded the newsfeed with junk and are now pulling back so you don’t turn too many people away.

When I’ve discussed leaving Facebook with people most people agree it’s boring but somehow feel trapped, without an alternative to maintaining contact with various friends, family and acquaintances.

I can’t think of a less cool brand than Facebook these days. It’s brand voice is “weird creepy uncle that got caught”

Others agree with me it’s lame but can’t help looking at their feed every day, in the sad hope that something interesting might pop up. It’s a habit rather than fun, perhaps like biting your nails or chewing on the corner of a blanket. You feel like you can’t help it but there’s no real worth to it whatsoever.

I’ve never once heard anyone say they wouldn’t leave Facebook because “I just love it so much, it’s just awesome!”.

If people don’t love Facebook it’s only going to take something else coming along that does that job without the Orwellian baggage, for them to drop you like a stone.

You can change things if you want to

You have a controlling stake so you have the power to run the company differently if you want to. Maybe that’s what you’re trying to do who knows. Good luck with it.

Looking at your awful TV spots and terrible newspaper ads I’m not at all convinced. They’re like a desperate attempt from an ageing pop star to appeal to the kids of his traditional fan base. I can’t believe this is the best all those expensive ad guys could come up with.

Now I’ve left Facebook my next task is to find ways of blocking that crappy tracking pixel from following me around the web.

James Mullarkey
Random interweb jockey with a blog that nobody reads

PS – Good luck with the Presidential election bid – make sure when you become President that you only allow people to vote through Facebook. That’s a plotline from The Circle but you already know tha